China, A Beneficiary Of A World In Disorder

China actually reignited the pages of Sun Tzu, the Art of War. 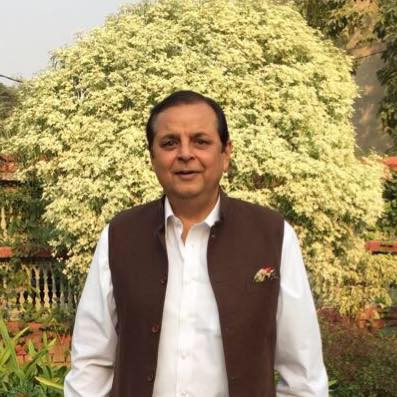 It is indeed surprising, how China from always being a fire spewing Dragon was able to transform itself to becoming the Golden Dragon. And all this under the noses of all the so called, last word, high and mighty of the world.

Would it be naive to call all these countries and their respective leadership really naive? In their observation and analysis of a country neck deep into, and a symbol of stealth deceit and deception. Did the capitalist world, fall into a trap of their own making. That the capitalistic aroma of freedom, a financially glamorous ideology would entrap the communist bastion into disarray.

Would set the cat among the pigeons, and hoping against hope, they would induce China, to emerge out of their Dark interiors of communism, to be one with the rest of the world as another free loving country

China actually reignited the pages of Sun Tzu, the Art of War.

Feigning ignorance,showing fascination, to the attractive Capitalistic euphoric programmes, permitted opening up limited frontiers of their economy, and countries vied with each other, ecstatic, competed amongst themselves, to catch a bigger pie of the financial cake, which was there for the asking.

Eyes set, the plan in place to divide and rule. They made fools of the entire Community of World leaders Captured International Research Institutions, Educational Institutes, Heads of States, International organisations silently and steadily.

China was glistening ,blushing from ear to ear Their reverse osmosis was in full play silently, covertly, stealthily they got into the soft economic bellies of all major countries that mattered. Those countries, that mattered sadly were far too involved in the fascination of getting themselves re-elected and relevant for the next 4 years, gloating on their economic might, while we had this giant silently gnawing at all that moved or had a momentum, with a consistency of decades.

Eyes set, the plan in place to divide and rule. They made fools of the entire Community of World leaders Captured International Research Institutions, Educational Institutes, Heads of States, International organisations silently and steadily.

They mastered the art of economic subjugation of countries economically colonized unaware underdeveloped countries gasping for finances were enticed with such attractive repayable loans that they now actually have become subservient appendages of the Golden Dragon.

The Golden Dragon has actually taken the world for a Ride We were told the Wars for territorial expansionism were now passé and the new world was all about economic control. But here we have a country China, an aberration of the great Chinese civilisation, the world looked up to for wisdom, now, still continuing the legacy of the past Territorial expansionism, at its crude best and coupling it with economic subjugation of countries is a major threat to the free world order.

India in the immediate neighbourhood has been facing the brunt and our experiences since 1962 should have an eye opener for the rest of the world, but sadly, in a world in disarray, busy in limited selfish pursuits, the road map for the subjugation of countries is in full swing.

All the countries around China are threatened, there is a raging debate as well, whether Covid 19 was a leaf, out of the desire of China to subjugate the world .But the major countries are still silent Busy in self pursuits.

Letting China off the hook now, once they have been disrobed, and their intentions nakedly clear, would be a grave mistake, the world will pay a heavy price for.

India in the immediate neighbourhood has been facing the brunt and our experiences since 1962 should have an eye opener for the rest of the world, but sadly, in a world in disarray, busy in limited selfish pursuits, the road map for subjugation of countries is in full swing.

It is now time. Now or never, to subjugate this errant fire spewing dragon. Through economic quarantine, physical deterrence and educating the rest of the world of the designs of the rogue Dragon. India is in it alone, as it always has been and we will give a bloody nose to this forever. Salami chopping neighbour enough is enough.

The Land of our Spiritual Masters have put us in good stead. The Land of Ahimsa has the energy waiting to explode ,at those who continue to needle us time and again. But I am indeed aghast, at the indifferent reaction of the rest of the world. Here is a country China, which is putting the clock back, to the dark ages of the ruthless Mongolian invasions and the Dark periods of the World War.

The World may live in denial, but let them rest assure, India will take China head-on, and clip the wings of this rogue Dragon.

(The Author is a guest contributor and a Lucknow based businessman and Former Chief Warden Civil Defence Lucknow.)