The Saturday Book Review - Suheldev: The King Who Saved India 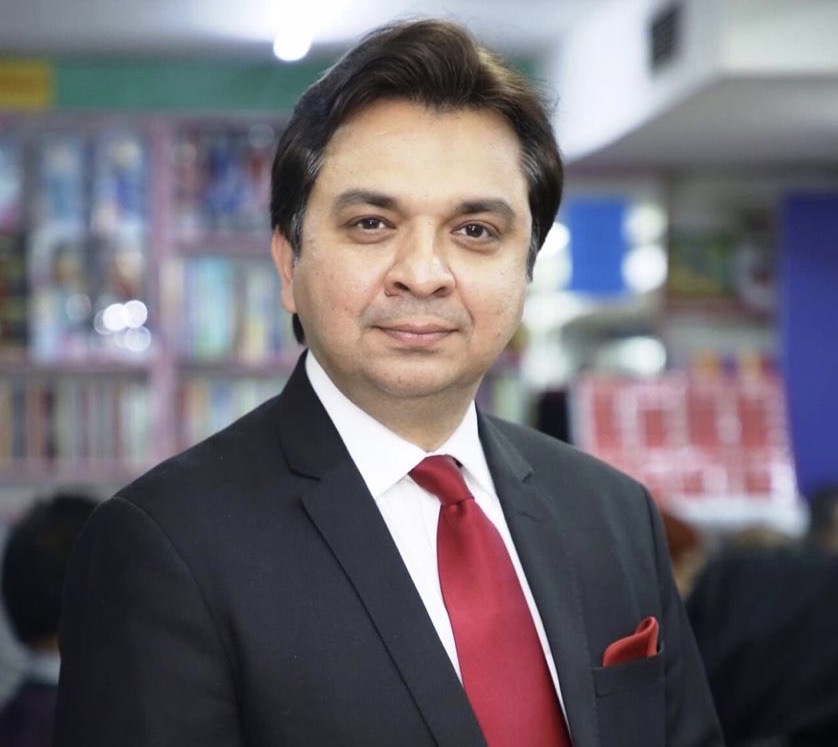 Amish, an Indian diplomat, columnist and author has once again weaved his magic wand and exposed before the country yet another important chapter from the lost and forgotten pages of History.

Internationally recognised as one of the fastest-selling authors, his books have sold over five million copies and have been translated in over 19 Indian Languages.

Suheldev: The King who saved India, is about a forgotten hero of the past. The story of the magnificent King Suheldev of the 11th Century. It is shocking that the India of today is unaware of this Great Son of India who changed the tide of History, a fictional story inspired by real events.

Amish takes us back over time to the period when foreign invasions rattled India with devastating effects.
A Giant tide of History for the last 2,000 years was defined by a flood of horrific violence.

It wiped out all the ancient cultures of the world: Pagan Rome, mystical Egypt and Greece, Zoroastrian Persia, idol-worshipping Central America, and too many others. But one ancient civilisation stubbornly refused to die. One proud culture refused to break or be overwritten. It retreated at times but is one of the rare few still left standing And that the Civilisation in India.

At a time when the country was neck deep into infighting, our forgotten hero Suheldev rallied all Hindus of all Castes, Buddhists and Indian Muslims to stem the tide against the most ferocious,’ fiercest and most brutal warrior race the world has ever seen.

Repeated attacks by Mahmud of Ghazni and his barbaric Turkic hordes lay waste to vast swathes of the subcontinent –plundering, killing, raping, pillaging Many Indian kingdoms, divided and tired fell to them When the holiest of the temples devoted to Lord Shiva at Somnath was raided Our King Suheldev the warrior rose up to the occasion to defend the nation.

Amish talks in lucid details of the Battle of Bahraich which turned the tide against the marauding Turks. It was a valiant battle with all, from across religious boundaries Hindus and Muslims who stood up to the might of the Turkish empire and changed the tide of History.

The King of Shravasti smiled and thumped the backs of each one of them as they filed out of his tent……A look of anxiety settled on his face as he moved to the table once more and gazed at it. This is where the future of India will be decided. Help us, Lord Shiva. Bless us with a victory. Take my life, if you must But bless us with a victory.

As Suheldev stared at the map, it seemed to fade away till only the spot that he’d pinpointed remained in focus. The name of the town nearest to the battlefield he had chosen stood out bold and clear, seeming to stare back at him. Bahraich. The subsequent battle was a ferocious one But it ended as one of the most one-sided encounters More of a Massacre than a battle. Though the Indians lost around fifteen thousand soldiers, the entire Turkish army of sixty thousand had been wiped out.

"I'll be leaving tomorrow, my friend,’ said Suheldev to Aslan’s grave in a soft voice.’ Thank you for all that you did for me. For my Motherland. For Our Motherland. The breeze briefly picked up, seeming to sigh. Sukhdev reached out and gently touched the grave. Rest well, my friend You have earned it None of us will ever forget you. May Allah and Lord Shiva continue to bless you."

In a more philosophical tone Amish deals with the issue of Dharma for the warrior: ‘ What does Dharma say? What should the warrior do? ‘ ‘Do your remember what Lord Parshu Ram had said? Lord Parshu Ram had said that a true warrior loves his country more than he loves his soul. And if by taking a sin on his soul, by sacrificing his own chance at moksha, he can protect the people who depend on him, then he should do it. Without hesitation ‘

A must-read for all. Kudos to Amish for bringing to light the story of courage and heroism from the Ruler of a Small Kingdom ‘A fierce rebel, A charismatic leader An inclusive patriot.

(The author of this book review is a Lucknow-based businessman and Co-Chairman PHD Chambers of Commerce and the Founder Chair of Confederation of Indian Industry-Young Indians. He can be contacted at gauravprakash05@gmail.com.)