Kanpur's Vikas Dubey: The Evolution Of An Urban Gangster 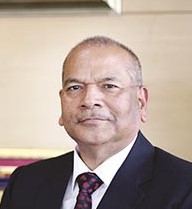 The rise and fall of Vikas Dubey indicate horrible fault lines in policing today, whether it is the corruption, complicity, or connivance, or all rolled into one.

Those of us who switched on the television in the early hours of the morning on 3rd July were in for the rude shock -- when all channels were screaming that a gangster, Vikas Dubey, and his gang surrounded and ambushed a group of policemen who had gone to arrest him in Police Station Chaubepur, district Kanpur, Uttar Pradesh. In this fierce exchange of fire, eight police officers and men, including DSP Dharmendra Mishra died on the spot. Six were seriously injured.

This was one of the worst casualties suffered by the UP Police in the last 40 years. The deceased police personnel, especially DSP Mishra, were brutalised before their death, their weapons, including AK 47 rifles and ammunition were also looted.

Vikas Dubey began his criminal activities as a local small-time bully and extortionist and was desperate to establish himself as a leader of the underworld. Two horrific incidents catapulted him to this status in record time! One was the murder of his school principal in broad daylight. This murder was followed by the grisly act of Dubey washing his hands with the blood of the deceased. It was only after the entreaty of the deceased's son that Vikas spared the dead body of further indignity.

At one point of time, he entered Police Station, Shivli, district Kanpur and murdered a State Minister rank VIP, Santosh Shukla in the presence of the Station Officer, in his office itself, in broad daylight. This ghastly murder was committed in the presence of police officers.

Shockingly, to the utter surprise of everyone, Vikas Dubey was acquitted in this broad daylight murder, because all the eyewitnesses, incidentally all police officers and men, inexplicably turned hostile!

Even more surprisingly, no appeal was made against this judgement in the High Court. On expected lines, no action was taken against the policemen who turned hostile in the court and refused to give evidence.

An emboldened Vikas Dubey was steadily climbing up the ladder having rungs of crime, caste, politics and corruption. As could be expected many politicians curried favour with him because it was rumoured that Vikas Dubey could manipulate the fate of any election in his area, as he had around thirty thousand votes in his pocket and hence was very sought after because the decisive weight of these sizable votes could sway the outcome of any election, including that of the legislative assembly and the parliament.

Vikas Dubey devised ingenious ways of getting sensitive inside information from Police Stations by cultivating junior functionaries. He was privy to all documentation about himself and his gang and also all proposed action at the planning stage itself, which gave Dubey a tremendous advantage and forewarning.

In a short span of fifteen years, Vikas Dubey was worth thousands of crores -whether it was the forcible occupation of disputed land, contract killing, extortions, Vikas Dubey figured everywhere, he had become a fixer and had a finger in every unholy pie, so much so that it is alleged that political big wigs, senior bureaucrats were discernable in close proximity to Vikas Dubey; not surprisingly, a number of junior Police officers like inspectors, sub-inspectors, constables were constant fixtures at his residence.

Vikas Dubey became a Frankenstein because the Police and the political system chose to look the other way. More than fifteen documents of any police station are designed to document the movements, criminal antecedents, criminality, associates, support system, firepower etc and all aspects of the gang. It needs to be enquired thoroughly as to why there was hardly any entry in these important thana records. There was no surveillance on him- to the contrary, though he was

involved in more than 60 heinous offences, he not only managed to get firearm licences but continued to retain them, in spite of being a notorious criminal. This goes to explain that all rules were bent and circumvented in case of Vikas Dubey.

It is not just the case of one Vikas Dubey. If this ecosystem could be conducive to creating one, there are innumerable Vikas Dubeys waiting in the shadows to unleash themselves.

The administrative tragedy that happened in Kanpur was totally avoidable. The collapse of basic policing that was evident needs to be examined threadbare.

It is not only a systemic collapse, but it is the self-defeating facilitation of a gangster, beginning right from the level of a constable up to higher officers. It is reported that his history sheet was publicly destroyed by a senior officer, whereas the rules say that a history sheet can only be destroyed after the death of the history-sheeter, but the fanatical loyalty of a few police officers speaks volumes about the collusion of the Mafia and some undesirable police, administrative officers and politicians.

In a short span of fifteen years, Vikas Dubey was worth thousands of crores -whether it was the forcible occupation of disputed land, contract killing, extortions, Vikas Dubey figured everywhere, he had become a fixer and had a finger in every unholy pie, so much so that it is alleged that political big wigs, senior bureaucrats were discernable in close proximity to Vikas Dubey; not surprisingly, a number of junior Police officers like inspectors, sub-inspectors, constables were constant fixtures at his residence.

It is alleged that Vikas Dubey's escape from Kanpur was facilitated by his informers in the police department.

Vikas Dubey was gunned down in an encounter with the police on 10th July 2020 and there are allegations that this was a fake encounter. Every encounter is followed by an elaborate investigation and a magisterial enquiry, where all allegations and complaints are taken into account and addressed on merits. There is innumerable powerful vested interest who are siding with the slain desperado. Obviously they are flogging a dead horse to salvage the remnants of his lost empire. The Supreme Court is already seized of the matter; the Chief Justice of India has remarked that this incident is indicative of the failure of the system. The Supreme Court wanted to know the circumstances under which Dubey got bail.

The rise and fall of Vikas Dubey indicate horrible fault lines in policing today whether it is the corruption, complicity, or connivance, or all rolled into one, but the ground reality is that such a fragile law and order machinery does not have legs to stand upon. If there is no course correction now, it will have disastrous consequences. The NN Vohra committee submitted its report in 1993 regarding the unholy nexus among bureaucrats, criminals and politicians but for obvious reasons precious little was done on its recommendations. Police reforms are another area of concern. In spite of the solemn and clear orders passed by the Supreme Court in 2006, in Prakash Singh versus Union of Indian, there is defiance on part of vested interest to ensure that these orders are not implemented in letter and spirit.

It can only be hoped that the rise and fall of Vikas Dubey is a wake-up call not only for Uttar Pradesh Police but for the entire nation to ensure that such disturbing episodes do not recur and all possible measures are taken to reinforce the criminal justice system.

(Author is former DGP of Uttar Pradesh and a guest contributor. Views expressed are personal.)