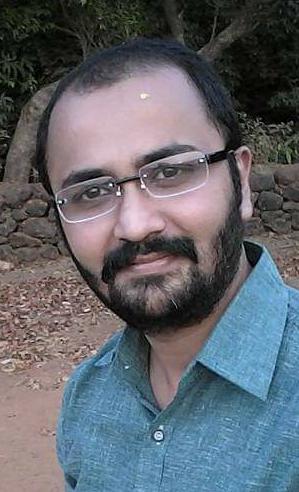 Around 1914, a rich old gentleman of Harda came with a lady to Shirdi. He was suffering from TB. i.e., consumption. During the space of one month, there was noticeable improvements in his health. So he made Shirdi his residence. At the end of the second month, he grew worse and his end seemed to be approaching.

One day the ladies of his house and their friends told me that his condition was critical and there was no senior male to go and ask Baba for help- and sent me to ask Baba for his Udhi. I went up. Baba told me that the man would be better for quitting this earth. ''What can the Udhi do? Anyhow take the Udhi and give it as it is wanted” he said. So I took and gave the Udhi but, of course, refrained from intimating Baba’s words to anyone. The condition grew worse.

Then Shama, (Madhavrao Deshpande) arrived and went to Baba and told him of the imminent death. Baba appears to have said ''How can he die? In the morning he will come to life”. This was taken to mean that the old man would not quit the earth. So they placed lamps all-round the corpse and waited till noon. Life was not restored to the corpse. Funeral ceremonies followed. The Harda gentleman’s relations thought that Baba had given false hopes and went away from Shirdi.

For three years they did not return to Shirdi. Then one day, a relative of the deceased saw Baba in a dream, with a deceased’s head over his own (i.e.,Baba’s) and Baba disclosed the lungs- in a rotten state, and said “From the torture of all this, I have saved him”.

Thereafter, he and his relations renewed their visits to Shirdi. Baba’s words ''How can he die? He will come to life” evidently referred to survival of human personality and taking up new forms of life. Baba was frequently talking of his travels with an in visible body across great distances of space (and time).

In the mornings, sitting near his dhuni (fire) with several devotees, he would say to what distant place he went overnight and what he had done. Those who had slept by his side the whole night at the Masjid or Chavadi knew that his physical body was at Shirdi all the night.

But his statements were Literally true and were occasionally verified and found to be true. He had travelled to distant places in an invisible. i.e., spirit form and rendered help there. Again he would frequently talk of post-mortem experiences.

A Shirdi Marwadi’s boy fell ill and died. People returned from the funeral to the Masjid with gloomy faces. Sal Baba then said of that boy ''He must be nearing the river now, just crossing it”. I felt that the reference could only be to Vaitarini (Styx).

He told several people of the past lives and the events therein. He told me the facts of four previous lives of mine. He spoke this in the presence of others. But others did not and could not understand that it referred to me. He had the peculiar art of giving information to particular individuals in the midst of a group, in a way that they (those concerned) alone could understand, and not the other members of the group.

Strangely enough at one sitting by a few acts words, etc., he could and did benefit numerous persons. This power to travel in invisible body to distant pans of this world, to traverse other realms than the earth life and note or control what takes place there and to see the past and future alike revealed one great fact about His nature. Some of his own observations also brought that out clearly.

Sai Baba occasionally asked (I heard it myself) '‘Where are you? Where am I? Where is this world?” Occasionally he declared, pointing to his body or touching it and referring to it as ''this is my house”, “I am not here. My Guru Mowrshad has taken me away”. As even in the flesh-in this earth life, he was not confined to his physical body, It may be truly said of him “Sai Baba is alive. He is where he was then. Even then he was where he is now.''

He also made occasional reference to what his function is and was in the terrestrial sphere and other worlds. He several times referred to his control of destinies of departed souls- indicating thereby his function in the Cosmic order. Sai Baba never spoke untruth, never spoke meaningless Jargon. But only those who were familiar with his ways could make out the meaning of what he said or did- when they were intended for their understanding.